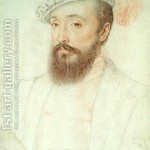 My research has always been a back and forth between a close encounter with the evidence on which we base our historical understanding, and then standing back and trying my hand at some broader generalisations. I am a great believer in the editing of historical documents as a kind of professional bedrock which we lay down for our successors, and one whose value will outlive the short shelf-life of our attempts at synthesis, which are always works in progress, as it were. So the current projects involve that same mix. 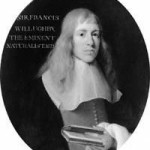 Two of them involve seventeenth-century natural philosophy. I have been one of the collaborators in a joint research project directed by Professor Timothy Birkhead (University of Sheffield) to investigate the role of the distinguished seventeenth-century naturalist, Francis Willughby. That led me to investigate the important scientific tour which he undertook in the company of John Ray, Philip Skippon and Nathaniel Bacon in the 1660s. That has revealed a rich vein of information about what they discovered, which may well see the light of day in a monograph. At the same time, I am continuing with the editing of Samuel Hartlb’s diary, or Ephemerides. This latter is proving to be the work of a lifetime but it will one day be complete.

Two others involve sixteenth-century France. A series of case-studies around the theme of information and communication in Renaissance France have involved (amongst other things) an investigation of French postal services, the printing and distribution of royal edicts and ordinances, and the surviving papers of a surgeon in Paris with Protestant affiliations, François RasseDenoeux. At the same time, I am collaborating with Professor Thierry Rentet (Université de Paris-XIII) on studying and editing the surviving correspondence of the lieutenant-general in Dauphiné during part of the French civil wars, Bertrand SimianeRambaud de Gordes.

n the acknowledgements to Christendom Destroyed I promised my wife that together we would also explore more of Europe, once the book was completed. Her own work-commitments are such at present that we cannot do as much of that as we would like. But we want to explore more of Eastern Europe, especially Poland; and there are always the projects which involve deckchairs and beaches....'